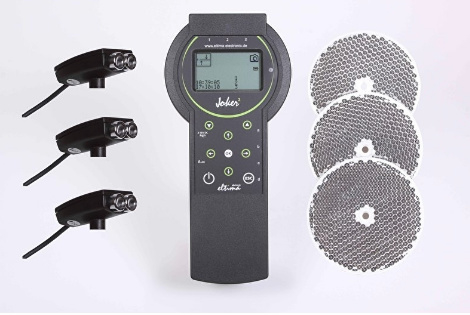 High-performance microcontroller-based light barrier system that is working with three light beams allowing the control of up to eight devices.

The infrared camera trigger system Joker² enables the photographer to work with up to three infrared beams and to release up to four cameras, eight flashes or other electronic or electromagnetic devices such as drop dispensers, an electromagnets, etc.

Scope of delivery: the system consists of one controller, three infrared beams (light barriers) and three 80mm reflectors. All infrared beams and reflectors are provided with a ¼" tripod socket.